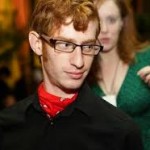 A New York court yesterday ordered Twitter to turn over three months’ worth of a defendant’s tweets.  The defendant, Malcolm Harris (@destructuremal), was arrested in October 1, 2011 for disorderly conduct when he participated in a march on the Brooklyn Bridge as part of the Occupy Wall Street movement.

Judge Matthew A. Sciarrino Jr. was thoughtful and careful about his ruling in light of the changing landscape of electronic communications. He acknowledged that statutes “can never keep up with technology,” and that in some cases “judges have no understanding of the technology themselves.”  Sciarrino even reached as far back as the founding fathers Samuel Adams, Alexander Hamilton and Thomas Jefferson whom he assumed would have been Twitter fans.

However, Sciarrino also makes the point that there is “no reasonable expectation of privacy for tweets that the user has made public. It is the act of tweeting or disseminating communications to the public that controls.”   He then offered up this analogy:

Consider the following: a man walks to his window, opens the window, and screams down to a young lady, “I’m sorry I hit you, please come back upstairs.” At trial, the People call a person who was walking across the street at the time this occurred. The prosecutor asks, “What did the defendant yell?” Clearly the answer is relevant and the witness could be compelled to testify. Well today, the street is an online, information superhighway, and the witnesses can be the third party providers like Twitter, Facebook, Instragram, Pinterest, or the next hot social media application.

In short, what you say matters and you can be held accountable for what you say publicly.  Or to quote Judge Sciarrino, “What you give to the public belongs to the public. What you keep to yourself belongs only to you.”

Below Sciarrino’s concluding remarks in the ruling, which are quite insightful and underscore the change in communications we are experiencing.

In dealing with social media issues, judges are asked to make decisions based on statutes that can never keep up with technology. In some cases, those same judges have no understanding of the technology themselves (Stephanie Rabiner, Esq., Technologist, Do Judges Really Understand Social Media? http://blogs.findlaw.com/technologist/2012/05/do-judges-really-understand-social-media.html [May 9, 2012]).

Judges must then do what they have always done – balance the arguments on the scales of justice. They must weigh the interests of society against the inalienable rights of the individual who gave away some rights when entering into the social contract that created our government and the laws that we have agreed to follow.

Therefore, while the law regarding social media is clearly still developing, it can neither be said that this court does not understand or appreciate the place that social media has in our society nor that it does not appreciate the importance of this ruling and future rulings of courts that may agree or disagree with this decision. In recent years, social media has become one of the most prominent methods of exercising free speech, particularly in countries that do not have very many freedoms at all.

The world of social media is evolving, as is the law around it. Society struggle with policies, whether they are between student and teacher (NYC Department of Education, NYC Department of Education Social Media Guidelines), or the right of a company to examine an applicant’s Facebook page as part of the interview process (Bill Chappell, State Approves Bill to Ban Employers From Seeking Facebook Login Info, http://www.npr.org/blogs/thetwo-way/2012/04/10/150354579/state-approves-bill-to-ban-employers-from-seeking-facebook-login-info).

As the laws, rules and societal norms evolve and change with each new advance in technology, so too will the decisions of our courts. While the U.S. Constitution clearly did not take into consideration any tweets by our founding fathers, it is probably safe to assume that Samuel Adams, Benjamin Franklin, Alexander Hamilton and Thomas Jefferson would have loved to tweet their opinions as much as they loved to write for the newspapers of their day (sometimes under anonymous pseudonyms similar to today’s twitter user names). Those men, and countless soldiers in service to this nation, have risked their lives for our right to tweet or to post an article on Facebook; but that is not the same as arguing that those public tweets are protected. The Constitution gives you the right to post, but as numerous people have learned, there are still consequences for your public posts. What you give to the public belongs to the public. What you keep to yourself belongs only to you.

Accordingly, the motion to quash is granted in part and denied in part.  The court finds in favor of the People for all non-content information and content information in ECS and RCS from September 15, 2011 to December 30, 2011. However, ECS content information less than180 days old (tweeted on December 31, 2011) may only be disclosed pursuant to a search warrant, and the court decision in People v Harris is so modified.