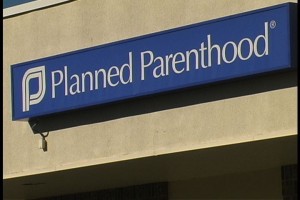 Many talking heads and public relations experts have attributed the firestorm of the Susan G. Komen foundation’s decision to no longer provide funds to Planned Parenthood for breast cancer screenings, and the subsequent reversal of that decision, simply to the “power of social media.”  Not so fast.  Make no mistake; the media circus that ensued was the result of a well-planned, well-executed PR counter-attack strategy.  Komen may have packed the keg with its tone-deaf decision but it’s pretty clear that Planned Parenthood, or someone on behalf of Planned Parenthood, wired the rest of the house and lit the fuse.

Komen’s original decision to halt funding was made last December.  It was two months later before that decision became public and someone – presumably Planned Parenthood – left no stone unturned.

The initial story was broken exclusively by The Associated Press on January 31, which included comments from Planned Parenthood president Cecile Richards and a Komen spokesperson.   Richards said, “It’s hard to understand how an organization with whom we share a mission of saving women’s lives could have bowed to this kind of bullying. It’s really hurtful.”

The Komen spokesperson pointed to its new criteria prohibiting “grants to organizations that are under investigation by local, state or federal authorities,” as the reason for the decision.  The story said, “according to Komen, this applies to Planned Parenthood because it’s the focus of an inquiry launched by Rep. Cliff Stearns, R-Fla., seeking to determine whether public money was improperly spent on abortions.”

But the story was largely driven emotionally by comments from a “victim” of the decision, Patrick Hurd, CEO of Planned Parenthood of Southeast Virginia.  Hurd, whose wife, Betsi has breast cancer, told the AP:

“We’re kinda of reeling. It sounds almost trite, going through this with Betsi, but cancer doesn’t care if you’re pro-choice, anti-choice, progressive, or conservative.  Victims of cancer could care less about people’s politics.”

The story also included a statement from Senator Patty Murray (D-WA) who said in part, “Komen should not allow these sort of partisan games to put women across America at risk.”  Murray’s office had a full statement ready to go on the same day.

Another interesting stroke of timing is the fact the AP story coincided with the premier of a documentary called “Pink Ribbons Inc.,” which is highly critical of Komen’s historic hardball tactics.  Coincidence? Doubtful.

But there was more:

The next day, Congressman Mike Honda (D-CA) had a “Dear Colleague” letter teed up and sent to every Member of Congress.  The letter, which encouraged congressional representatives to ask Komen to reverse its decision, continued to beat the political drum:

“I’m now distressed that the Komen Foundation is sacrificing its ability to continue to fight breast cancer by succumbing to political pressure.  Already, thousands of Americans have pledged to no longer support Komen’s work because of this cowardly decision, until they reverse it.”

A day later, on February 2, The Atlantic broke a detailed story by Jeffery Goldberg about the internal workings and controversy within Komen over the December decision.  In fact, as Komen CEO, Nancy Brinker was defending the decision and denying that politics played no role on national news programs, the story cited sources from within Komen saying just the opposite.

“…three sources with direct knowledge of the Komen decision-making process told me that the rule was adopted in order to create an excuse to cut off Planned Parenthood. (Komen gives out grants to roughly 2,000 organizations, and the new “no investigations” rule applies to only one so far.) The decision to create a rule that would cut funding to Planned Parenthood, according to these sources, was driven by the organization’s new senior vice president for public policy, Karen Handel, a former gubernatorial candidate from Georgia who is staunchly anti-abortion and who has said that since she is “pro-life, I do not support the mission of Planned Parenthood.”

All these voices consistently hitting hard and on message helped to stoke the fires that burned white hot online.  Komen’s Facebook page and website received thousands of angry comments, twitter blew up with more angry debate including the hashtag of #KomenFail.

On day four, Komen was forced to reverse its decision on the funding; by the following Tuesday, Komen’s Handel, who had been under fire, resigned her position.

And for Planned Parenthood?  It turned the tables on Komen, got its funding restored and reportedly raised upward of $3 million in additional charitable donations.

These elements did not come together by coincidence, or the “magic of social media” – it was part of a sophisticated campaign by Planned Parenthood or someone supporting it.

All in all, a remarkably affective PR strategy.