Can the NFL Keep Control of the Bounty Scandal? 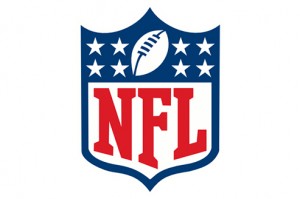 The NFL revealed recently that its Security Department concluded a “lengthy” investigation determining that players on the New Orleans Saints and its defensive coordinator Gregg Williams, orchestrated a “bounty” program designed to injure opposing players and knock them out of games.

Immediately, the story spread throughout sports-talk radio and online media becoming a hot topic of discussion.  Soon it was revealed that similar programs were customary in Washington and Buffalo where Williams also coached.

From a communications stand point, the NFL has done well to own and be in control of the story from the league perspective.  Doing so has allowed the NFL to set the tone of the media coverage and highlight how serious the league takes issues of player safety.

The NFL communications strategy may also have been designed to demonstrate to plaintiff attorneys and federal investigators that it has the issue under control.

“It is our responsibility to protect player safety and the integrity of the game, and this type of conduct will not be tolerated.  We have made significant progress in changing the culture with respect to player safety and we are not going to relent.  We have more work to do and we will do it.”

The NFL also did well to get Williams’ “confession” on the record on the same day its bounty investigation was revealed.  In his statement, Williams was contrite:

“I want to express my sincere regret and apology to the NFL, Mr. Benson, and the New Orleans Saints fans for my participation in the ‘pay for performance’ program while I was with the Saints. It was a terrible mistake, and we knew it was wrong while we were doing it. Instead of getting caught up in it, I should have stopped it. I take full responsibility for my role. I am truly sorry. I have learned a hard lesson and I guarantee that I will never participate in or allow this kind of activity to happen again.”

The NFL has made it known that it intends to take serious action against Williams, the Saints organization and possibly players.  Expect the NFL to make an example out of Williams in order to close the case and serve as a deterrent to others.

But what if the case doesn’t close nicely?  What if Williams is just the tip of the iceberg?  The issue could quickly unravel igniting monstrous infighting among the players union; lawsuits by inactive players whose careers were cut short by bounties, and questions by federal investigators.

The NFL says it has reviewed approximately 18,000 documents related to its investigation and interviewed “a wide range of individuals”.  That’s a lot of potential evidence, which leads to a plethora of questions outside the NFL’s control.  And for the NFL, control is key.

If lawsuits are filed then those 18,000 documents and internal interviews become part of the public record.  If the bounty program is determined to be “criminal activity” then disciplinary action (and control) moves from the NFL to law enforcement.

Questions the NFL should be preparing for now:

1. What other NFL players and coaches had bounty programs? If so, how far back does it go and how does the NFL hold them accountable?

2. If players that were injured as a result of a bounty programs take legal action will Williams, the players and the NFL be subject to criminal charges? If so, could some go to jail?

3. Which players received “bounty” money and whom did they injure?

5. What interest is the FBI and DOJ taking in the case?

6.  What role will the union and retirees union take in this?

Any or all of those elements combined could form a “perfect storm” situation of the NFL that could overwhelm the league and how it does business going forward.