Managing Campus Unrest on College Campuses During the Trump Administration 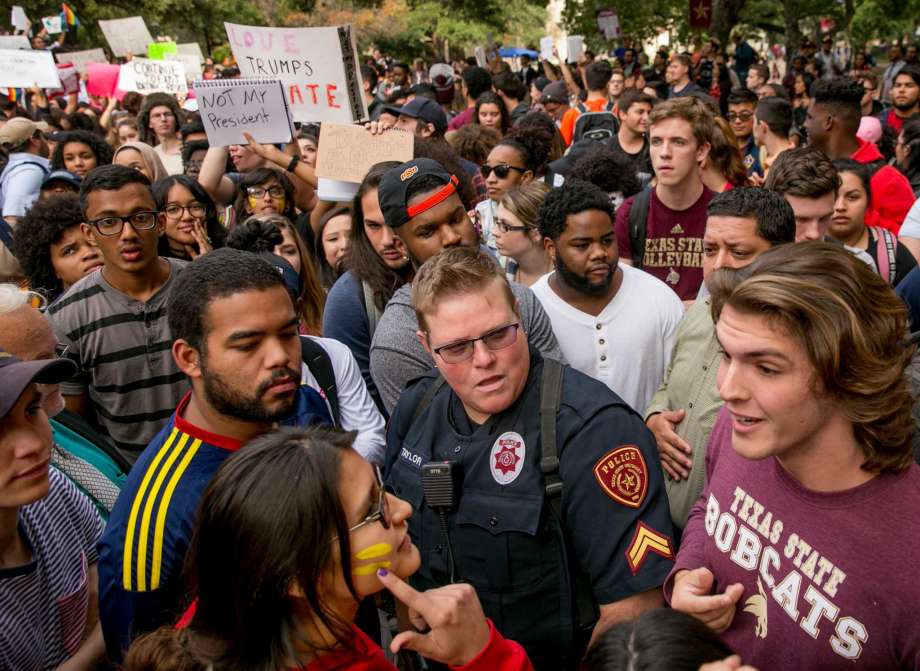 Part three in a three-part series focusing on communications challenges for brands, advocacy organizations and educational institutions amidst a Trump Administration.

Colleges and universities were faced with immediate reaction from the surprising election night victory by Donald Trump. Students gathered on campuses across the country to peacefully protest. But, not all protests were peaceful as some protesters spilled into the streets with chants of “Not My President and “No Racist USA.” In some locations police arrived in riot gear to maintain order.

University presidents made statements to their student bodies primarily by way of email, calling for calm, understanding, and acceptance. Within a couple of days, the demonstrations dissipated and students got back to class.

However, there might be more to come. President-elect Trump has shown no signs of slowing down on his inflammatory rhetoric that mobilized supporters and angered opponents. Like the rest of the nation, the student population is politically divided, and the divide could spell trouble for college administrators for years to come.

To manage protests following Election Day, several college administrators created a number of events in an attempt to pacify students. Those events included activities such as “post election recovery meetings.” Some offered “arts and crafts” gatherings, while one university provided therapy to calm frayed nerves.

In the 1960s, college campuses were hotbeds for political protests but students were mostly unified in protesting the war in Vietnam and in support of civil rights. As Trump takes office, college administrators need to have a plan to manage ongoing angst on campus and the potential for intra-student conflicts.

There are already examples of the potential dangers to come. At the University of Virginia the word “terrorists” was written on the door of a dorm room where two Muslims lived following the election; at California State University a Latina student and Trump supporter reportedly received harassing texts such as “Is it fun being a racist now,” and “When Trump is raping you are you still going to want him for president?”

If Trump makes good on his campaign pledges, then school administrators should brace for what could be unprecedented campus conflict. Envision implementation of his immigration plan that could single out or deport students and their families; imagine the backlash if abortion is outlawed in certain states and if that includes “punishment” for women as he suggested; and think about if Trump continues his rhetoric on the Second Amendment.  Any (perhaps all) of these scenarios present the potential for significant issues on campus that could adversely affect students’ ability to receive a high-quality education and potentially damage the reputation of the school for years to come.

Colleges should be working now on strategic communications plans to manage Trump-related contingencies.  Those strategic plans should include steps to further engage with students, regular student meetings to monitor the student body pulse, and specific messages to address key issue areas, including immigration, abortion, health care and guns.

Social media channels should be used to not only push messages and monitor the tone and volume of discussions taking place on campus, but to engage with students. This is an element missed all too often.  Social media engagement promotes better dialogue and powerful information-sharing.

Protocols should be established to monitor campus incidents and a plan should detail specifically when action is required. Strategic plans should answer the following questions in advance: When should we tweet? What should we say?  When should the president get involved?  When is a statement necessary?

Another important step is to coordinate with local media to ensure they know who to contact if or when a serious incident occurs.  The communications team should also coordinate with the public outreach personnel for local, state and federal law enforcement agencies so that ground rules are established and lines of communication are open.

The coming years might test the ability of colleges and universities to maintain order on campus.  Those with well-developed communications strategies will have a better chance at mitigating – or even avoiding –  crises.  These strategies and tactics might also assist with promoting compassion and unity among students, faculty and staff, and the community.